Steel is a workhorse of the global economy, and the foundation of our built environment and transport networks. The world produces nearly 2 billion tonnes of steel per year.

What is steel's carbon footprint?


In 2020, steel was responsible for 2.6 billion tonnes of CO2e (carbon dioxide equivalent) emissions. That's around ~8% of global emissions. This makes it one of the world’s top 3 highest emitting materials, alongside aluminum and cement.

Across the 15 countries that produce the most steel, around 2 tonnes of CO2e are produced per tonne of crude steel.

Reducing emissions from steel is a geopolitical, as well as a geographical challenge. The steel industry is strategically important, so many countries choose to produce steel locally rather than using cheaper, cleaner, or better quality imports.


Broadly, there are 3 stages to making steel: the mining of iron ore, reduction into iron, and smelting into steel.

The industrial revolution was spurred by a groundbreaking, inexpensive way of mass-producing steel: the carbon-intense Bessemer process, which burns iron ore with coal to reduce it to metallic iron.

Today, scrap metal can be recycled into steel without burning coal. But, scrap alone can’t meet global demand for steel.

New steel continues to be produced from iron ore, mostly relying on a modern version of the coal-powered 200 year-old Bessemer process: the BF-BOF method (outlined below). For steel that's produced in this way, coal mining contributes to its carbon footprint:

There are alternative lower-carbon routes to steel production. The main one is DRI+EAF, outlined below.

Extracting iron ore is relatively carbon efficient (0.25 tCOe / t) compared to other phases of steel production and other mineral extraction.

However, the quality of iron ore deposits in different geologies radically varies. As such, some iron ores require much more processing once they’re mined than others, amplifying their carbon footprint.

To produce steel from iron ore, it first needs to be reduced into iron. There are two different methods: 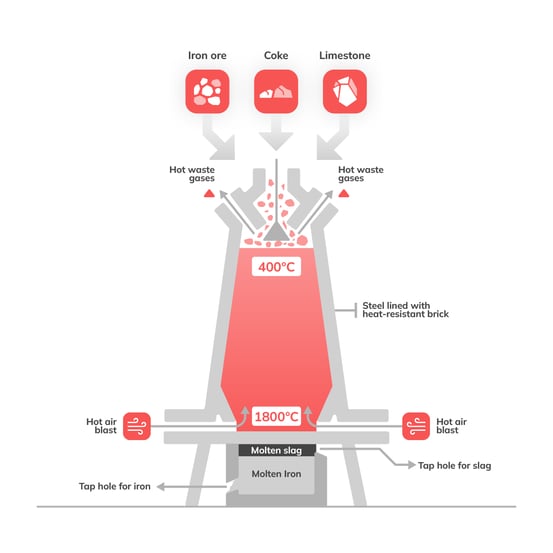 To reduce iron ore, oxygen needs to be driven off.

This requires a lot of heat and a reducing agent. Historically, this reducing agent has been coke. Coke is a purified form of coal that burns extremely hot.

In a blast furnace, iron oxide is reduced into molten iron (pig iron) and carbon dioxide, by adding carbon (as coke) and oxygen from a hot air blast:

This is normally followed by smelting with a Basic Oxygen Furnace (BOF). Used together, BF-BOF form the modernized version of the Bessemer process.

Direct reduction of iron ore doesn’t require a blast furnace. Instead, it relies upon a mixture of hot gases. Often, these gases are hydrogen and carbon monoxide. Natural gas tends to be used where it’s cheap.

The resulting product, sponge iron, can then be smelted into steel in Electric Arc Furnaces (EAFs). Generally, direct reduction is lower carbon than BF, as it predominantly uses natural gas (or hydrogen alternatives) rather than burning coal.

However, this isn’t always the case. For example, India produces the majority of its steel using DRI, generating the hydrogen-carbon monoxide reducer (known as Syngas) from coal.

To make steel from pig iron, impurities such as carbon and silicon need to be removed. In a BOF, this is done mostly by oxidation, but also by interaction with various alloying elements (elements added to increase corrosion resistance and strength).

Oxygen is blown as gas into the furnace, unlike in the Bessemer process, where oxygen-carrying substances are added into the heat to burn excess carbon away.

EAFs use large amounts of high voltage electricity to heat iron to over 1,000°C. This drives off impurities and allows steel to be reformed.

The main sources of iron used in an EAF are scrap steel and DRI (often both).

This process is less carbon-intense than BOF, mainly due to the use of electricity to produce heat. EAFs are nearly always lower carbon than BF-BOFs, although this depends on the electricity mix of the country.

Which are the greenest and dirtiest steel-making processes?


The DRI+EAF process is lower carbon than BF-BOF in almost all cases. Per tonne of crude steel:

Where is lower-carbon steel made?

How are companies reducing carbon intensity?

Technologies are already available to reduce the carbon intensity of steel. As outlined above, the most efficient method is direct reduction with hydrogen and the use of EAFs for smelting.

Several European manufacturers have outlined their intention to shift away from coke-powered blast furnaces towards hydrogen-powered direct reduction. By using hydrogen generated from renewable sources, steel produced in this way can be rendered almost carbon neutral.

Prepare your steel supply chain for a net-zero future


Customers and financial institutions are putting the spotlight on supply chains and demanding lower-carbon products.

Start preparing your business for the net-zero economy by reporting your products' emissions and creating a low-carbon sourcing strategy.

If you need help measuring your steel emissions, get in touch today.

CarbonChain provides accurate, asset-level carbon accounting for your steel supply chain, from the mine to the manufactured product. Compare emissions between assets and find lower-carbon options on our platform, while sharing the results and progress with your stakeholders. 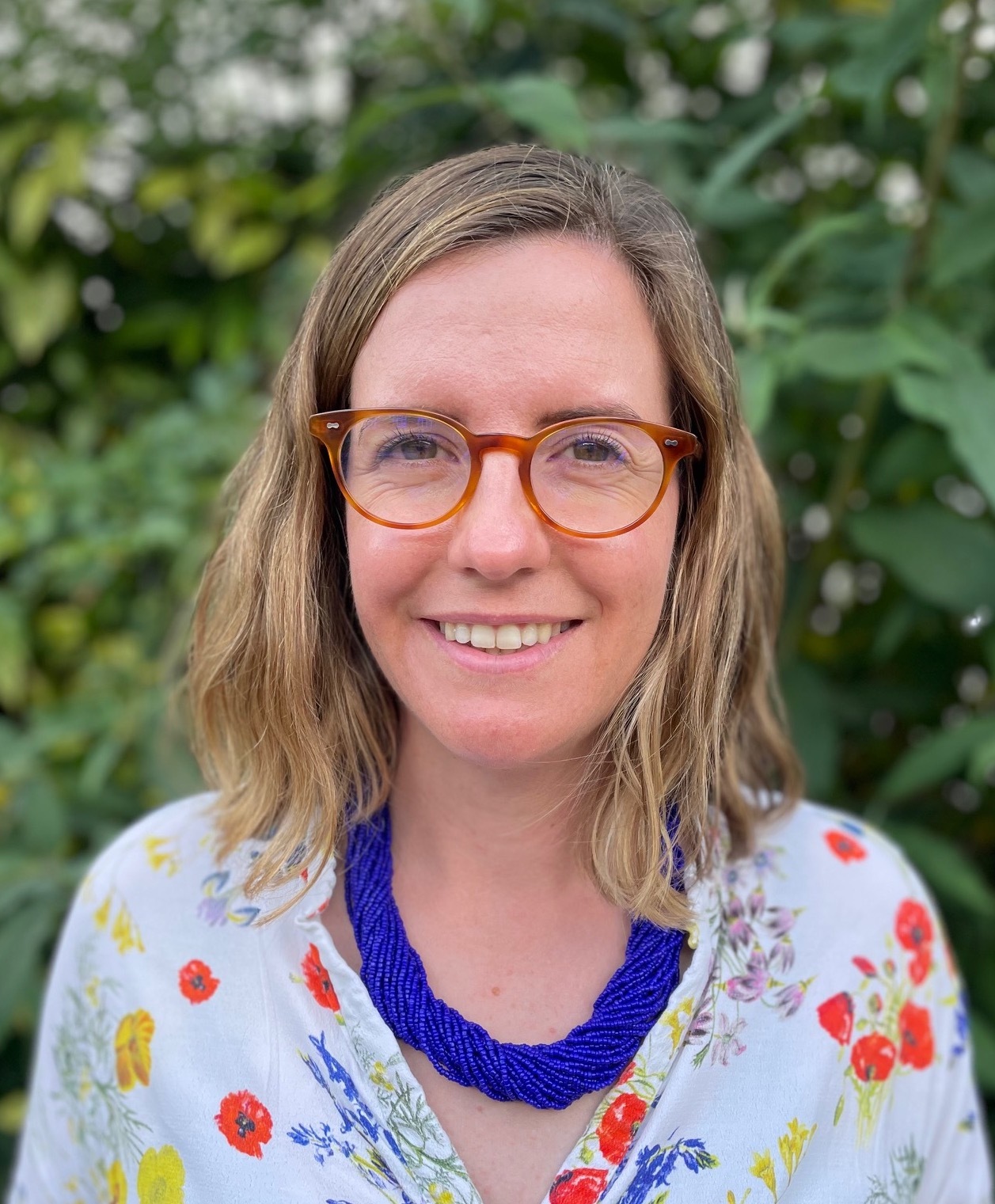 The IMO Carbon Intensity Indicator (CII): What is it and how to prepare?

New regulations for shipping emissions are here. All ships above 5,000 gross tons are now subject...