Can Australia top the climate podium? Only with industry leadership.

Australia’s competitive spirit is second-to-none. My childhood memories in Sydney are full of the Olympics and footy matches that compete down to the final seconds. From sports to Eurovision, the nation loves topping the league tables. Australia has just won the most podium medals at the 2022 Commonwealth Games, so what’s next?

Today, the most important contest for Australia is the climate leadership race.

But Australia can’t compete, unless companies show leadership and innovation, across every industry.

The brand new climate bill is huge progress, but there’s still a lot to be done. Industry leaders must fill the gap and launch Australia into its future as a low-carbon energy superpower.

If it gets there, Australia will prosper as a decarbonized economy. There will be green jobs, thriving industry, healthy biodiversity, and less risk from extreme weather.

Industry should push for greater policy ambition and clarity

Australia’s climate targets — to cut emissions by 43% by 2030 and reach net zero by 2050 — are becoming law. Prime Minister Albanese is clear that the 2030 goal is a floor, not a ceiling.

This new legislation is a game-changer. It could propel Australia from major laggard (52nd globally, and second-last among OECD countries in the Green Future Index) to global leader in the climate league table. First, Australia still needs to catch up with competitors like the UK, US, and EU, who have higher targets or clearer implementation and policy plans.

This is where industry voices can play a powerful and positive role. Business groups lobbied the opposition to get on board with legislating the targets, knowing the climate bill would bring major opportunities, and certainty that low-carbon business models are viable. Now it’s time to speak up again.

The plan to reach the 2030 target still has gaps, and there’s not yet a full pathway for how to get to net zero. Companies should advocate for effective policies; from investments into gas replacement technologies in manufacturing, to improved schemes to cut emissions in the extractive and other carbon-intensive sectors.

Business leaders should also call for a coal-to-clean transition in domestic energy consumption. Albanese isn’t planning to ban fossil fuel projects, citing risks that Australia’s share of global coal supply could go to countries that would cause higher emissions due to lower product quality. But Australia could stop using coal domestically, reducing the country’s direct emissions significantly and cutting electricity consumption emissions by up to 60%. Businesses running on renewables would be more competitive in international markets that price in carbon emissions when selecting suppliers.

Phasing out domestic coal consumption with prosperous, job-creating, renewable alternatives is not just an effort to win a single Olympics; it’s the most important race for humanity that will be watched on replay by our children, and our children's children.

Australia can make big strides quickly towards 100% renewables. The country’s sunshine, wind power and industrial wealth give it a major head start. For electricity purchasers, suppliers, or aspiring clean energy producers, this is one of the most important climate goals to rally behind.

The potential is enormous and untapped. Australia’s electricity grid is only sourced by 25% renewables, compared to 81% in New Zealand, and nearly 100% in Norway, which came 5th overall in the Green Future Index.

The ball is now in motion. Australia is in an “arms race” with Europe on wind power. By 2025, all of Australia’s current electricity demand could be met by renewables. The WWF-Australia has mapped out a policy path that could see all additional energy demands switched to renewable electricity, with plenty left over to sell to Australia’s neighbors.

Even under the Coalition’s policies, up to 30% of Australia’s emissions could have been cut by 2030, thanks to state governments’ policies, the falling costs of renewables, and old coal plants becoming unviable. For example, Victoria is targeting 20% offshore wind power for its energy needs.

Companies need to make this transition happen faster, to cut emissions in time to limit global heating to 1.5°C.

Every business leader should ask: has my company locked in its renewable energy plan? Have we got our multi-year procurement contracts in place? Have we signed up to RE100 to demonstrate demand?

For existing or aspiring clean tech and clean energy producers, the opportunities are set to grow. Thanks to the new climate bill, all future government investment decisions will have to factor in the 2030 and 2050 climate targets.

The government has already announced it will modernize the grid. It’s putting A$20 billion of low-cost loans towards building new electricity transmission links, which is set to attract an additional A$58 billion in private investment for transmission companies.

Clean up the mine; export the sunshine

Australia’s primary resource exports are among the world’s dirtiest.

But Australia’s supplies of future battery metal resources and rare earth minerals are critical for the world’s energy transition.

There’s a huge opportunity to clean up. Switching to renewables is an immediate way to catch up with greener exporters like Iceland.

Every producer or industrial company should know its carbon footprint, and how it’s affected by each emissions source and process. Then, you can cut emissions and meet demand for low-carbon products, balance out the fact your products travel farther, and be a leader in your sector. CarbonChain can help, calculating your commodity’s carbon footprint across your supply chain, from mine to manufacturing plant and beyond.

Now is the time to get ahead of regulation and compete. New carbon regulation mechanisms such as the EU’s CBAM will make sourcing Australia’s aluminum, iron and steel more costly for importers. Producers should now prioritize rising up the green resources ranking. There’s currently only one mining company in Australia committed to setting a science-based target, leaving a vacancy for leaders to pave the way.

Australia is reforming its Safeguard Scheme, which means the 215 most polluting facilities will need to make between 3.5% and 6% annual emissions reductions before 2030. Certain industries that are exposed to high trade competition will be exempt; some of those, like steelmakers, refineries and smelters, could be paid to cut their emissions.

There’s a huge under-explored opportunity in renewable exports. Australia could be the global leader in exporting wind and sun. This is a clear route for pioneering businesses to lead on innovation, and future-proof their workforce. WWF-Australia has identified a range of ways Australia could build new thriving, job-creating trade industries by exporting renewables: renewable hydrogen and electricity, renewable-powered green steel, as well as things like software, services and expertise.


Australia’s opportunities and natural resources are unfair advantages in the race to climate leadership.

Industry leaders need to harness their competitive spirit, innovate and show they’re ready for bolder policy. It’s up to each CEO, financier, department head, sustainability manager and trade association to lead wherever they can: improve the home record first, and then focus on the away game.

Doing so before COP27 in November will send a clear message to the world that Australia’s industry is ready for the net-zero transition. That it’s the right place to direct finance, specialist tech and equipment for renewables. That it’s the future clean export leader. That it’s entered the major league on climate. 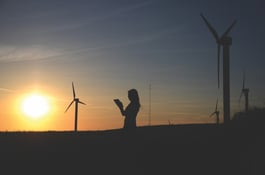 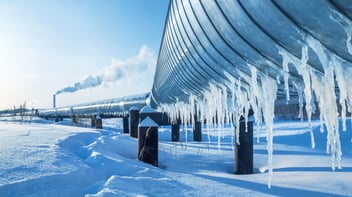 Last updated: April 8th 2022In the midst of the evolving humanitarian emergency, analysts are...

The EU's Carbon Border Adjustment Mechanism: What you need to know 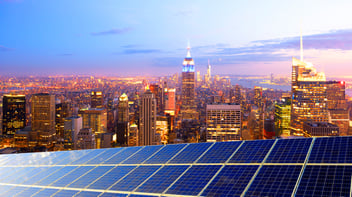